Excerpt: Creating A Game With Fear 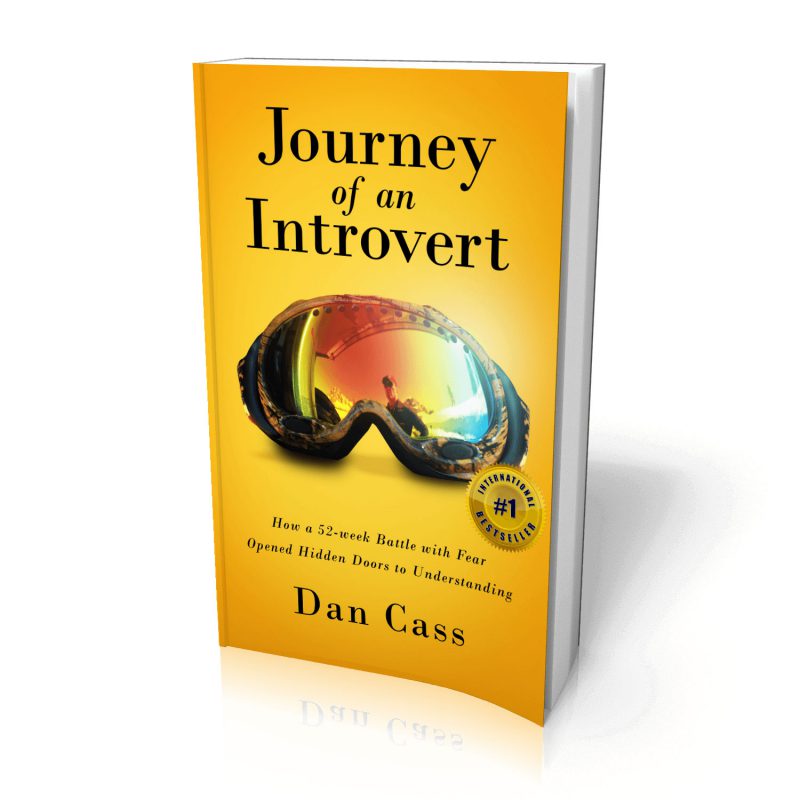 Creating an intimate game, with fear

Our truest life is when we are in our dreams awake

Last night’s purge of emotion on the Cliff and today’s anger-induced fifteen-foot drop in from the Wave fueled a day of confident, powerful skiing. Heart pumping, thigh-burning mogul runs contrasted with calm, introspective chairlift rides. Eventually, muscular fatigue signaled an end to the climactic weekend. The physical power from the adrenaline rush burned away, I made the awkward ski-boot walk back to the parking lot and an ice-cold beer.

Bootless feet resting on the gate of my truck, the February sun softly warmed my face in the wind-protected Kirkwood valley. Unwinding in the comfort of a sun-faded lounge chair, today’s “après’ ski beer” was sweeter than usual. As each icy swallow, mixing with the crisp mountain air, blissfully burned the back of my throat, I reflected on the tumultuous weekend and the ebbs and flows of my adult life. After years of avoidance, the Cliff had broken me down, rupturing my false sense of safety and control. Then my frustration-fueled anger on the Wave spurred me to action, all thoughts of physical safety or self-preservation rendered unimportant. I often have random thoughts or observations crystallizing into deep insights, but it’s been years since I’ve felt the intoxicating satisfaction coming from the last twenty-four hours. The question was, why?

I’m fully aware that compared to millions of others on the planet, my life is great. I’ve always felt the deep, unconditional love of my parents and family. I’ve never been hungry, abused, or abandoned. I’ve never been in real danger or in any type of serious trouble. In a moment of timeless perfection, I’ve looked across a restaurant table into the eyes of a woman I’d fallen in love with, thinking I was looking into a reflection of my soul. Professionally, my work in technology and banking allows me to make a comfortable living and working in some of the great cities of the world: San Francisco; Vancouver, British Columbia; and Bermuda.

Competitively, I’ve been a member of successful sports teams from the sixth grade through college. Because of my athletic abilities, I also had the opportunity to graduate from college, the first in my family’s history. I’ve never been trapped by the economic legacy of my blue-collar, Midwestern birth. The truth is, I have a better standard of living than all the kings and queens in the history of the world: better health care, a longer projected life-span, abundant healthy food, and safer, convenient transportation. If I’m brutally honest, my life in the West, and particularly the United States, has been filled with opportunity. What more could I want?

Balancing out my good fortune, I’ve also been penniless, precariously living check to check, every month a delicate balancing act between eating, paying the rent, or repairing my rusting car held together with duct tape. I’ve been fired and laid off from jobs. In my early thirties, already firmly seated on the merry-go-round of material success, I stretched my arm out grasping for the golden ring of happiness, only to discover it was a trap.

I’ve failed in almost every possible way. I’ve somehow survived multiple divorces and dozens of painful relationship endings. Witnessing the deep pain and suffering of others, I’ve been exposed to life’s fragility. From less than fifty feet away, I saw a football teammate sentenced to quadriplegic life in a wheelchair, his neck broken in a fraction of a second during a tackle. I’ve witnessed friends and families devastated by alcoholism, infidelity, drugs, and personal dysfunction too awful to comprehend. I’ve helplessly watched close friends sent to prison after each made a long series of bad personal decisions. I’ve even committed ‘premeditated’ murder. The most devastating pain came from watching my sister succumb to cancer within six months.

Why can’t I accept the balance of good and bad, settling for, “My life right now is good enough?” Why can’t I be content my family is healthy, I have a few close friends, and my life in general—at least from an outside perspective—is great? Why isn’t it enough to get—and stay—married? Isn’t a career filled with peers I respect acceptable over the long term? I’ve been here before. I’d reached another point in my life where acceptance, settling, and contentment had turned into disgust. The trajectory of my personal universe is out of geometric alignment. Again.

Hidden far beneath an external layer of material success and physical comfort is a heavy burden, an unconscious feeling something was wrong. I have a monster inside of me. Cycling through the seasons watching life unfold, I’ve always been haunted by deep feelings “I’m capable of more.” Material social comforts, my avoidance of fear, and the lack of impossible challenges are incongruent to how I want to live as a man.

I’ve always spent most of my time in my head observing and analyzing the world, but I’d forgotten the most satisfying parts of my life were spent competing. I competed against other athletes, a low score in golf or a technology project delivered on time. The business world is satisfying not because I can make a good living, but because of the complex problems to solve. I savor the mental challenge competing over a chess board as my opponent creates devious attack plans. Primarily though, I competed against myself, constantly striving to grow and expand.

While I laugh about it now, I wonder how I’ve missed this for so long. I was only one decision away from changing the direction of my life. Again. I just needed a reason. The best decisions in my life, like today’s on the Wave, have always been internal. The Wave became the catalyst, not only to action, but to remembering the addictive feelings from my past. I’ve always been the happiest when I’ve gone inside, trusting my heart, paying attention to the instinctive energy flowing through my body. I’ve always been the most successful when I lived in a world of, ‘I am’ instead of ‘I should.’ My authentic spark of insanity bursting into a beautiful flame of purpose, setting audacious—if not impossible—goals, has always been the key. I didn’t want to settle for “normal.” A barometer if I was on the right path was when 90 percent of people around me thought I was crazy.

In junior high, at a skinny one hundred thirty pounds soaking wet, I brashly told unconvinced teammates I’d be an all-city and all-state running back in high school. During high school, I did the same thing, self-assuredly telling the same disbelieving friends I’d play Division I college football. It wasn’t boasting, but a method of creating tension: I’d be forced to deliver or face their ridicule. From sixth grade until I graduated from college, the single, practically impossible goal I worked toward was to play football in the NFL. Although I had no idea how to ascend the massive NFL mountain I’d decided to climb, I was 100 percent committed to drive my personal flag into that snow-capped peak. Not even out of junior high school, I was already exploring what I was capable of—reaching for Maslow’s fifth and final step: self-actualization.

Motivated again, reengaging with the purifying energy of competition, I began forcefully pushing back against an imposing, intimidating opponent: my overwhelming fear of heights. It’s been a complex chess match I’ve expertly avoided, the black and white pieces patiently waiting for me to finally make a move. Finishing the last swallow of today’s celebratory beer, I made a promise not to get sidetracked by the mundane, obfuscating clutter of day-to-day Western life. A challenging new door of opportunity had opened. It was time to let the inspirational energy from the last twenty-four hours fuel a return to the eternal wisdom of a ten-year-old boy embarking on new, almost impossible journeys.

Obstinately standing before fear, I moved pawn to e4, attacking the center, beginning the most difficult challenge of my life: skydive by my fifty-third birthday. My new game with deadly consequences had its genesis last night on the terrifying drive along the Cliff. Today a cornice of snow yanked me out of comfort and complacency, illuminating the way to proceed: compete. Deciding to jump from a plane wasn’t because of an existential mid-life crisis where I don’t know how to be happy or what to do with my life. It was the opposite: I’ve always known; I just had to remember.

Could I do it? Could I jump from an airplane in fifty-two weeks? My answer is “Yes.” Fear is comfortable chasing its prey, but it’s not used to its prey stopping for a fight. I’m looking forward to the stubborn contest of wills against my new competitor. Accustomed to winning since I began competing athletically as a young boy, I expect to win the game.